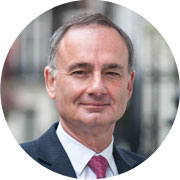 Robert Kyriakides is the founding partner establishing Kyriakides & Braier in 1978 after having qualified as a solicitor in 1974. Took his law degree at Manchester University under the tutelage of many pre-eminent lawyers and then served his training with Polden Bishop & Gale where he acting for many famous people. Robert has extensive experience in many aspects of law, particularly those that cross a number of disciplines. He has acted on divorces cases where it was important to understand the commercial aspect of the assets of the parties, sued on behalf of clients many large banks, carried out transactional work and acted for entrepreneurial business in fields ranging from textiles to robotics. He has a creative approach to problem solving. Avi is a Senior Consultant Solicitor specialising in commercial litigation, professional negligence and other complex litigation, acting for both private, High Net Worth and corporate clients. He has over 9 years’ experience dealing with all aspects of professional negligence disputes, with particular focus on preparing complex multi-million pound claims against solicitors and barristers. Avi has been involved in numerous High Court and Court of Appeal actions and has had reported decisions in both. Avi’s commercial litigation experience includes high value cases of breach of contract, misrepresentation, breach of fiduciary duty and fraud in various industries including but not limited to real estate, financial services and banking. Many of his professional negligence matters involve failed litigation cases in various industries, including failed banking disputes, failed contractual disputes, failed financial services disputes and failed international property litigation. Avi’s work in professional negligence, in particular, has also been recognised in Legal 500: “Avi Gordon…is very responsive and ensures a well-researched and thorough response at all times” (Legal 500, 2019). Avi is a member of the Professional Negligence Lawyers Association (https://www.pnla.org.uk/members/avi-gordon-14307/).

Josh is a Senior Litigation Executive, and works very closely with Robert Kyriakides (Senior Partner) and Avi Gordon (Senior Solicitor). Josh has many years of legal and investigation experience. He has led the investigations/litigation support team for a global investigation and intelligence firm. Josh also has extensive experience in regulatory, criminal and litigation generally, including family matters.

Josh is a member of the Chartered Institute of Legal Executives. Josh is also a Magistrate assigned to the London bench and he is authorised to sit as a Judge of the Crown Court to hear appeals from the Magistrates’ Court. 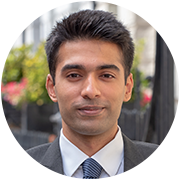 Aaron joined Kyriakides and Braier as a Paralegal January 2017, after having successfully completed his degree in Law with an Upper Second from Bristol University. In September 2017, he then began the Legal Practice Course and his Masters of laws in Legal Practice at City University, both of which he has recently completed. Aaron is fully qualified and is now a partner of the firm.

Carmalin is a paralegal who hails from Canada where she was an Honor Roll student at her secondary school. She was awarded her Bachelor of laws at Reading University.

About Kyriakides and Braier